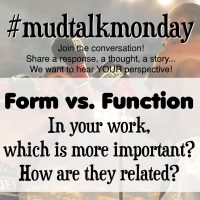 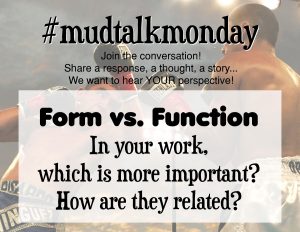 Happy New Year! Welcome to episode 20, the first episode of 2019! In this episode we will hear some great thoughts about form and function. But first, a couple updates. It took me a little longer than I had intended to get the first episode of the year finished. I have been working hard on some of my other goals that I’ve set for 2019. In fact, as I went through the process of setting some new goals this year I created a free course on Expert Clay to help you set, plan for, and achieve your own goals. The course was created to cover the first four weeks of 2019 to get your year off to a great start. But don’t worry if you missed it, all the course material is available and you can still work through it at your own pace. It will help you decide what you really want, how to set SMART goals, and then create a plan to accomplish your goals. If you are struggling to get things accomplished or make the growth that you really want, this course may be for you. Just go to expertclay.com and you’ll see some information about the course right at the top of the page.

Some more good news: At the end of 2018 we had a giveaway. Robin won the free tshirt from potteryshirts.com this time but we’ll have to do more giveaways in the future. Thanks to everyone who participated!

And thanks again to all of you who are listening to the podcast and spreading the word! Now, let’s hear some answers to the question: Is form or function more important in your work.

First, let’s start with the potters who start with form or feel that form is most important to them.

Form is always first for me

Form. I’m aware of function but focus on the form.

Form is the most important element to me, but I would find it hard to justify (to myself) making something that did not also function. Would I sacrifice a small degree of functionality in order to create a form that is more pleasing to me? Yes, without doubt – but I could never make something totally disfunctional…. for some reason the idea appalls me…

Form is of more importance to me .. as creating the form u like gives u immense peace !

There were also some that feel function is more important to them.

I lean toward function. I like things to be useful but I am trying to explore more with form. Getting out of my comfort zone A bit!

For me.. Ideas about form flow from the way a pot functions.

Function comes first. However, if the form is not pleasing to the eyes, hands, & whatever else it encounters, then function is useless… ??????

For me function is more important because I only have basic knowledge of form. So in trying to make things that can be used I don’t think of form… Usually because I suck as designs. ??

For me it must be functional with a dash of design. Enough to make it look fab!!!! But overall I think function out wieghs form. Making somethimg useful and being a useful person is key to my life.

Some claim that form and function are of equal importance don’t feel strongly enough about one or the other to choose just one.

Equal. Sculpture is my first love, but I find people want something they can hold in their hand, use in their daily lives. So I do my best to combine the two.

It was never form vs function, it’s “form follows function”. If the form does not allow for the function intended, then it does not function and is only form. As artists we look for new forms to function in the ways unexpected

In graphic design we have hammered into us that for function cannot exist without proper form. If your form sucks, you will ruin the function.

For me form and function hold equal importance . When I’m making something new, I first think about its function and develop a form to fit those needs. The creativity happens when I meld those two ideas .

I am also from the school of graphic design but now a potter. Form without function and function without form cannot be the end all statement on its own. I make teapots. Without the proper form, it doesn’t function. And just because it holds water and pours, its form isn’t justified as a teapot. Yes, I make functional ware. One without the other is not a win.

These last few comments were my personal favorite.

For me, function gives me purpose, but form fills my soul.

First of all, philosophiclay speaking is a fantastic instagram name. 2nd, that is a great response. Simple but thought provoking. I like the idea that form and function serve two different purposes or fill two different needs. We often think of of them working together but it’s interesting to think about each on their own.

And finally our last response is from

Benjamin W Both are important, the production potter must master function to be successful. Fine art pots require both form and function to be truly successful. Nothing worse than a beautiful pot that disappoints you when you use it. Even though many universities label pottery as craft, it’s still the only art we truly interact with on multiple levels thanks to its functional aspect.

Benjamin I like the point about the production pottery vs. fine art pots and craft vs. art. I think these are all related to form and function. But before I start rambling too much, let’s define the terms form and function because sometimes they are so intertwined that I forget which is which.

According to Mirriam Webster here are 3 definitions of form:

a: the shape and structure of something as distinguished from its material

b: a body (as of a person) especially in its external appearance or as distinguished from the face : FIGURE

So, I think of form as how something looks.

The best definition of Function from Mirriam Webster, at least for our discussion, is:

2: the action for which a person or thing is specially fitted or used or for which a thing exists : PURPOSE

So I think of function as what something does. The action.

So if we are thinking about pots, there are usually pretty clear actions that a pot is made for. It doesn’t take long to figure out if a pot functions in the way it is expected to or not. The main function of a mug is to contain a liquid and carry that liquid to your mouth. If your mug has a hole in the bottom it isn’t going to fulfill its purpose very well.

The FORM of a pot though, can be unlimited. Even if we are trying to make all our mugs the same, if they are handmade, there will most likely be some subtle variation from mug to mug. Now think of all the different options and alterations we can make when we are trying to make something different. The interesting part, at least to me, is how much of your function are you willing to give up for your form? For example, you could make a mug with a zigzag or jagged rim. It may look really cool, but it may be a little harder to drink from without spilling liquid down your face. Are you okay with that? There’s no right or wrong answer, each potter, and their customers have to decide that for themselves.

It seems like form and function are each related to one side of the art vs. craft discussion as well. I could be way off, but art seems to be more about expression or communication which is more about form. Craft, as in craftsmanship or perfecting a craft, makes me think of making something that has a certain purpose, which is the whole idea of function. But all these terms are related and it’s hard to draw any well defined lines between them.

So, can you have form without function or function without form? Maybe not completely. If I was going to try, I’d probably pick one of those white styrofoam cups to show only function. There is a form involved but the sole purpose of the form is to function as well as possible. I guess every object has some kind of form. But maybe having a form is just part of the definition of an object? I could talk in circles all day.

On the other hand, I think some things can be completely about form. For example, think about a sculpture. If the sculpture doesn’t DO anything other than get looked at or provoke thought or express or communicate a feeling, does it really have a physical action? I would say it is just there to get a reaction from viewers.

Anyway, I feel like in my own work, function is most important to me. I want my mugs and cups and bowls to be comfortable and easy to use. Being used is the key idea. The form then comes out of the best way that I think a pot will function. I don’t set out to make a bowl or mug to sit on a shelf and be looked at. As I create a pot I think about how a handle will feel in someone’s hand or how the proportions of a bowl make it easier to pick up or fill with food. I still want to explore beauty and make unique work but most of that effort goes into surface decoration instead of changing the form of the pot too much. It makes me wonder, do simpler forms function better? Do simpler forms appeal to a wider audience? I do hope to keep exploring form and think about how I can still make pots that function well but aren’t just plain old cylinders. There are a lot of things to think about when making pots, especially the balance of form and function.

Here are a couple things that I know for sure:

If you don’t agree, feel free to change my mind.

Let’s wrap up this episode with a few quotes about form or function to inspire some more thought.

There’s design, and there’s art. Good design is total harmony. There’s no better designer than nature – if you look at a branch or a leaf, it’s perfect. It’s all function. Art is different. It’s about emotion. It’s about suffering and beauty – but mostly suffering!

A chair’s function is not just to provide a place to sit; it is to provide a medium for self-expression. Chairs are about status, for example. Or signalling something about oneself. That’s why the words chair, seat and bench have found themselves used to describe high status professions, from academia to Parliament to the law. 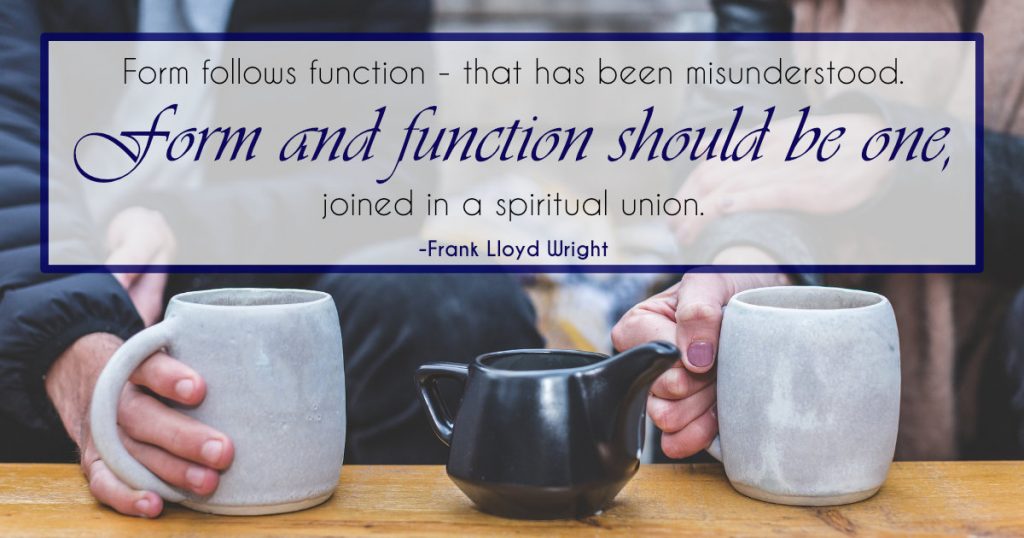 Form follows function – that has been misunderstood. Form and function should be one, joined in a spiritual union.

Thanks again for listening. Remember, check out the free course at expertclay.com. In the next episode, we’ll hear about what you can teach. Until then, keep making beautiful forms and pots that function well, and stay muddy. 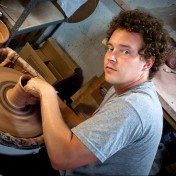